skip to main | skip to sidebar

ever and always a gardener (first drafted july 2009) 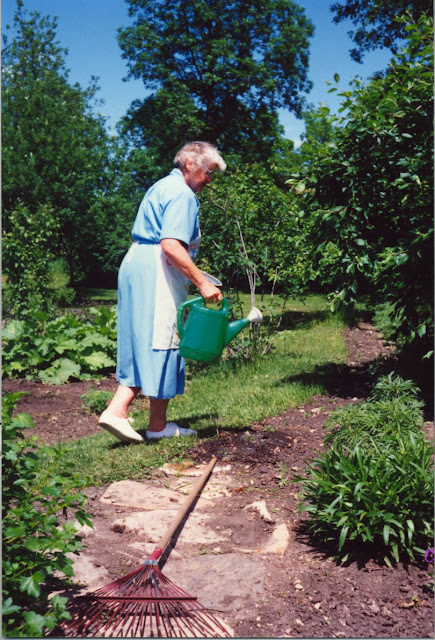 Earlier in May when I was in Manitoba for a family wedding my Mother and I took a drive through the countryside. We passed a farmyard and she immediately noticed the manure piled high next to the barn. “I’d like to talk to that farmer about his manure,” she told me. With more than seventy-five years of gardening experience under her belt, my mother knows a treasure when she sees one.
In just a few months my Mother will move into a one bedroom senior’s apartment in the small Mennonite town in southern Manitoba where she lives and where I grew up. She has lived in the same large four-bedroom bungalow for more than forty years but she’ll like not having to worry about mowing the grass, about clearing the driveway of snow, or about keeping her house clean. But she’ll miss her garden. There have been too many windowsill seedlings carefully tended, too many pesky blackbirds eating peas right out of the pods, too many sacks of potatoes lugged into the basement, too many green tomatoes spread out everywhere to ripen, hurriedly picked against a September frost.
My mother doesn’t remember when she started gardening but she remembers being the ten year old girl who weeded the family garden while her mother picked yellow wax beans. Her parents liked a weed-free garden and my mother and her many siblings (eleven in total) were charged with keeping it clean. By age fifteen my mother was taking much of the responsibility for her family’s garden whether it was directing her younger brothers and sisters as they dug up potatoes, hoed, and carried pails of water to moisten tender plants, or whether it was picking raspberries, peas or digging up carrots. My mother also remembers that on the west side of her family’s big garden was a long row of Manitoba maples that she and her siblings walked along every time they went to visit their cousins in the adjacent quarter section. While ideal as shade trees, these maples sucked the moisture right out of the prairie soil and made the west side of the garden less fertile than the rest. Vegetables didn’t grow well there, except for beans. My grandfather took full responsibility for the ten rows of navy beans that he seeded there, tending them until they had fully ripened. Then for sure Tina, Jake, Tom, Esther and the other Plett children turned their attention from weeding to shucking. Honoring the many hours of labor he and his children invested in those bean rows, my grandfather took over the kitchen when it came time to make his favorite soup, riepe schauble Supp. To the pot of bubbling beans my grandfather added a ham bone, a bay leaf, onions and carrots, pepper kernels, parsley and salt.
Then there was the first garden my mother was solely responsible for, her first garden as a married woman. My parents got married on a Sunday in the middle of May and on Monday morning after my father’s aunt had stopped by to drop off a wedding gift, my parents started work in their garden. If they didn’t put the first seeds into the ground on that Monday, they did it on Tuesday because in Manitoba gardens need to be seeded by the middle of May. Their garden was a small corner of a farmer’s field and needed regular hoeing to keep the wild oats at bay. But it was a fertile field that my mother tended; among many other vegetables she remembers harvesting a bumper crop of yellow beans in July, a large enamel washing bowl heaped high. 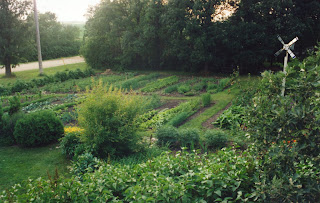 There have been other gardens wherever my family has lived and so my mother was already a seasoned gardener by the time I, her ninth child, was born. As she tells me every year on my birthday, her labor pains started while she was working in the garden on an exceptionally balmy day in early November, a rarity in the impending winter of a late Manitoba autumn. In that large garden—it was more than 5000 square feet—she grew potatoes, corn, beans, peas, tomatoes, kohlrabi (which she seeded just for her children to eat), beets, carrots, cucumbers, vegetable marrow, cabbage, zucchini, lettuce, peppers, radishes, rhubarb, onions, summer savory, parsley, dill, sorrel. Her garden also included some fruit trees and bushes: currants (that rarely yielded any fruit), gooseberries, raspberries, chokecherries, crabapples, pincherries and every few years she tried, unsuccessfully, to grow Saskatoon bushes. The Saskatoon and currant disappointments notwithstanding, my mother enjoyed her garden and worked hard each summer from May to September in order to grow the vegetables needed to feed her family through the winter. 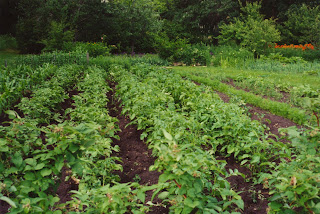 Gradually over the years her garden has diminished in size. One year my parents put several sod terraces in place to stop the erosion of soil. Then my mother seeded grass along the far side of the garden under the moisture-sucking oak trees. Next the section near the house with its high clay content became lawn. Over the years, grass and flowers have continued to replace vegetables. This summer, now in her 86th year, my mother has only a small vegetable garden, a mere twelve by twelve foot square patch of soil. Next summer she’ll have no garden at all.
Driving down Rosedale Road on that May afternoon I was filled with sadness at losing my childhood home, entangled with anxiety about my mother aging. I could not share her imaginative pleasure at the composting possibilities of the manure pile we passed. In my grief I saw only the absurdity of that barn-high manure pile fertilizing her vestigial bit of garden. But my mother was not focusing on the diminishing of her life as I was but rather on the expanse of it. It was as if she was walking through each and every garden she had tended, collecting all the soildirty hours she had spent in them, and with that nutrient-rich dung heap at her disposal bringing each one again to bloom and then to harvest.
Come late August when her final crop of oxhearts and beefsteaks begins to ripen I’m expecting a phone call from my Mother two thousand kilometers away. She’ll be sitting in her kitchen phone in hand and she’ll say, “Kerry, you know what I’m doing?” And I’ll say, “What, Mom?” And then I’ll hear the words I have heard her say for so many years now, August after August, “I’m eating the most delicious slice of tomato ever with mayonnaise and just a bit of salt.”
(riepe schauble Supp - ripened bean soup)
Posted by Kerry at 09:10

Wonderful- Your mother, these gardens that we see, and your writing.

"I'd like to talk to that farmer about his manure."

! I love how so much is revealed about your mother in that one snippet of dialogue! 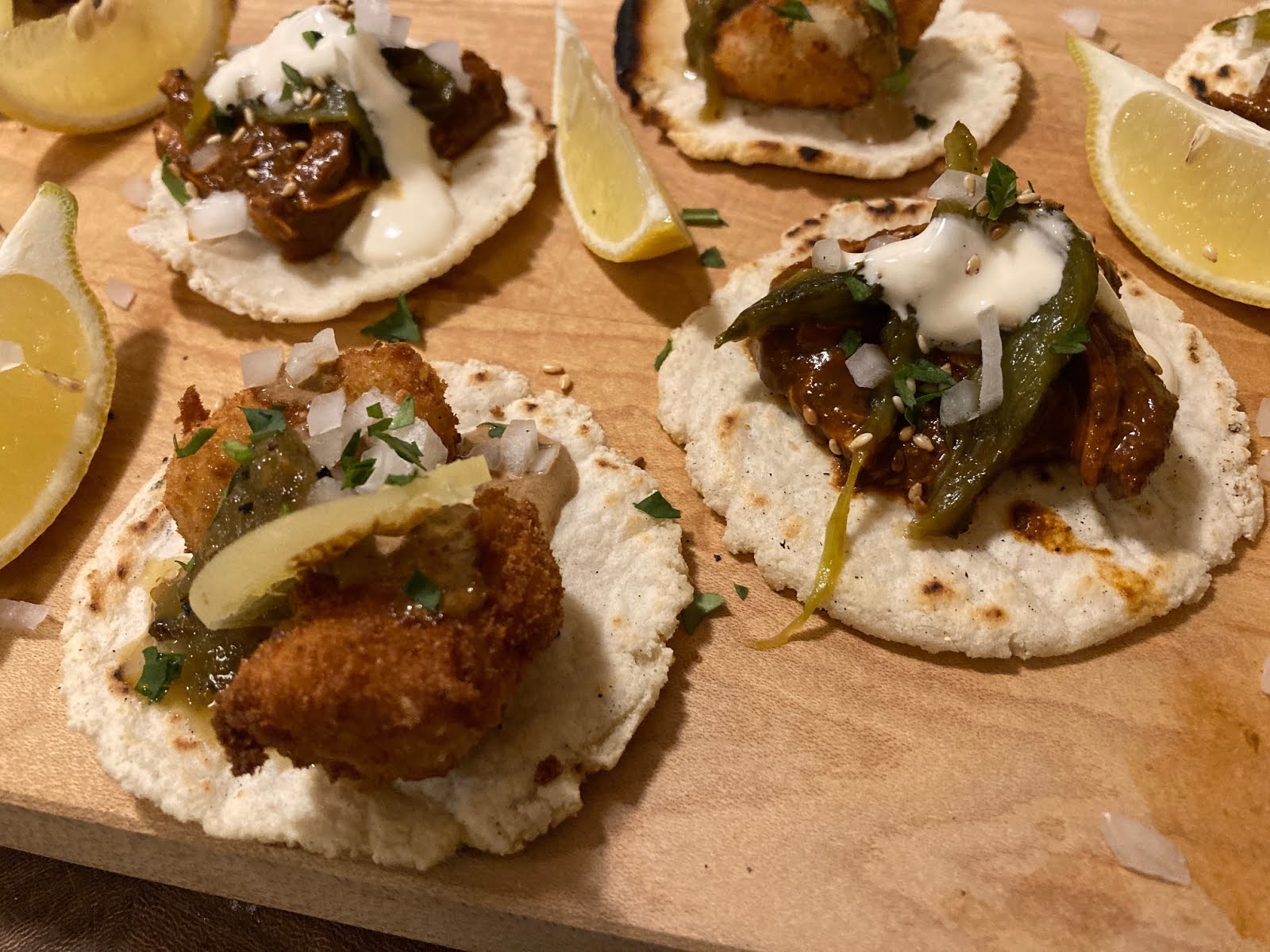 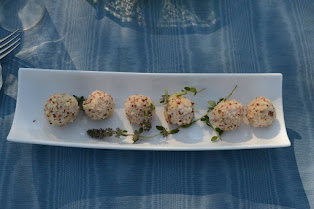 Nothing helps scenery like ham and eggs. Ham and eggs, and after these a pipe—an old, rank, delicious pipe—ham and eggs and scenery, a “down grade,” a flying coach, a fragrant pipe and a contented heart—these make happiness. It is what all the ages have struggled for.

Mark Twain, Roughing It
"and he looks as if a little good Berkshire beef would do him no harm."
"The Adventures of the Engineer's Thumb," Arthur Conon Doyle 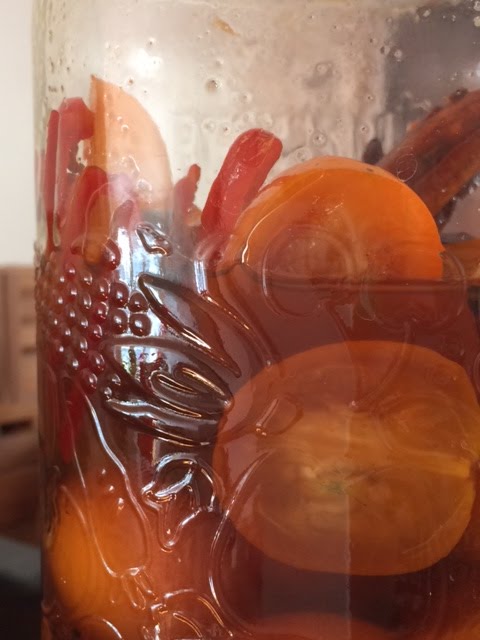 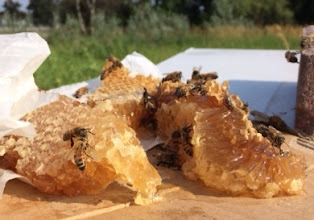 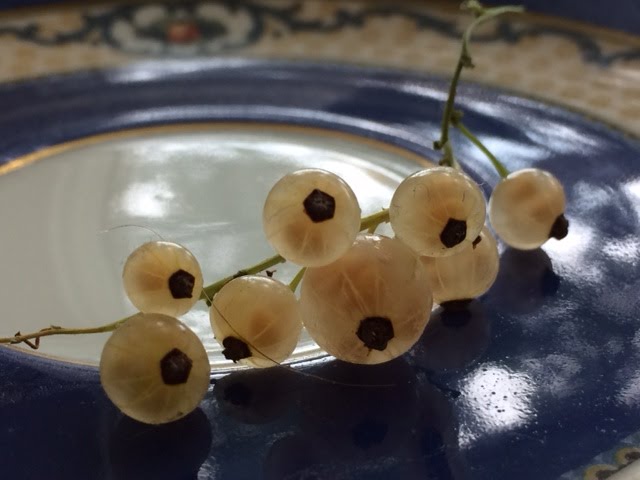 toronto ontario, june 2019
Smelling the pastries, he gave thanks for coffee and brioche, for sugar and butter and apricot marmalade and a host of other things that were said to be bad for him. The Temptation of Forgiveness, Donna Leon
He was practically in the bowl of the mixer, breathing in the aroma to make sure it smelled just right. --Said about FornoCultura manager. https://www.cbc.ca/news/canada/toronto/italian-bakeries-easter-good-friday-zeppole-colombe-1.5104149 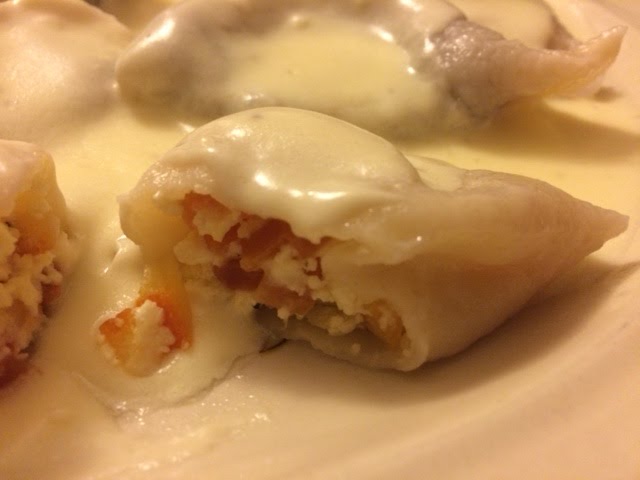 toronto ontario, february 2019
He had a sudden fantastic vision of the little man staggering down Pie Crust Passage with Seaton’s body slung over his shoulder and stowing it in the back of his car under the interested gaze of the local traffic wardens and half the city police. He wished he could believe it. (Unnatural Causes, P. D. James) 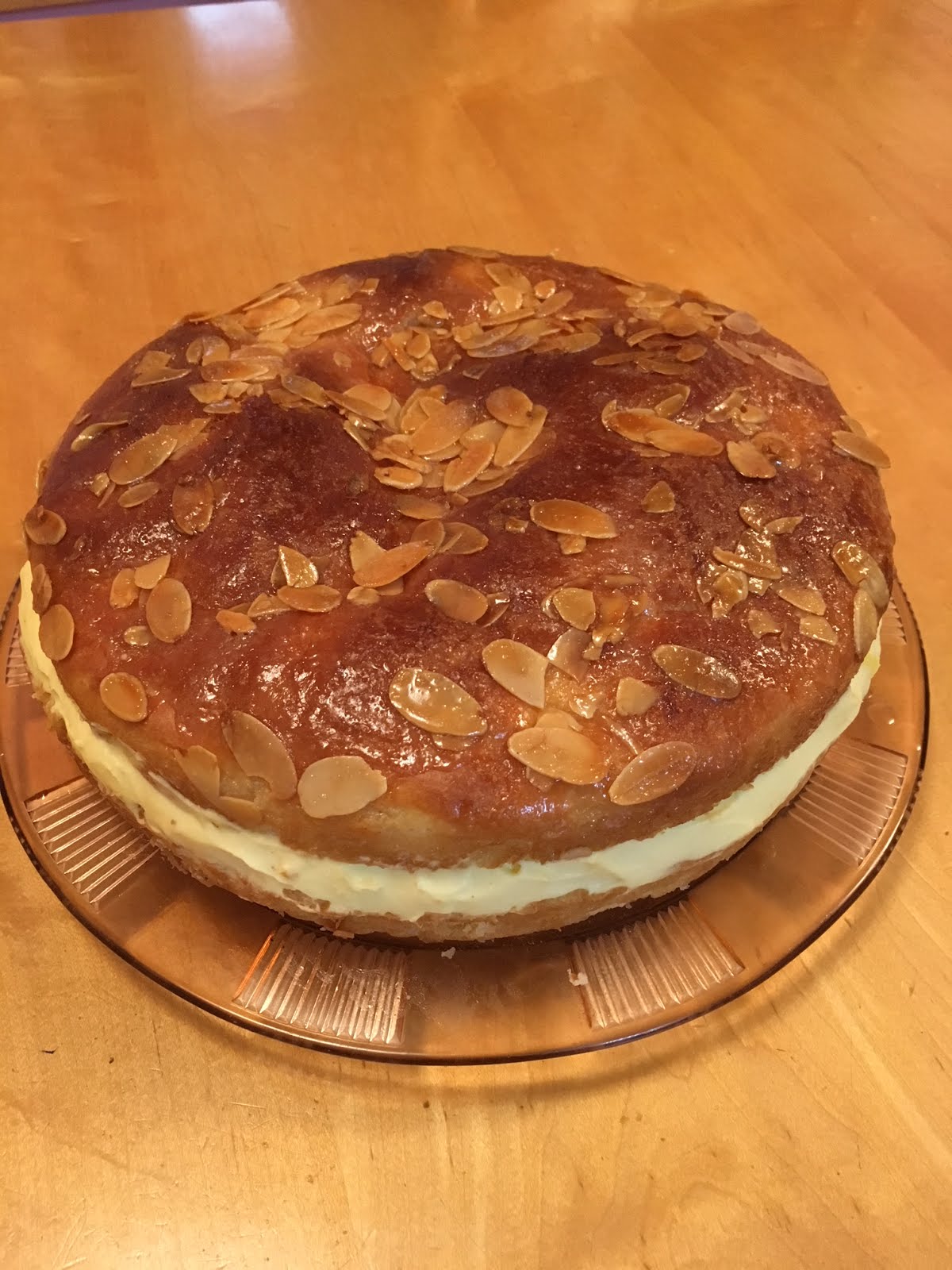 elmira ontario, Christmas 2018
I know that Emily Dickinson wrote most emphatic things in the pantry, so cool and quiet, while she skimmed the milk; because I sat on the footstool behind the door, in delight, as she read them to me. (Dickinson’s cousin Louisa Norcross, quoted in Scharnhorst, “A Glimpse of Dickinson at Work.”)

Yet shall you have, to rectify your palate,

An olive, capers, or some better salad

Ushering the mutton; with a short-legged hen,

If we can get her, full of eggs, and then

Lemons, and wine for sauce; to these a cony

Is not to be despaired of, for our money;

toronto ontario, october 2018
Oh, sweet friends! hearken to me. It was made of small juicy clams, scarcely bigger than hazel nuts, mixed with pounded ship biscuit, and salted pork cut up into little flakes; the whole enriched with butter, and plentifully seasoned with pepper and salt. (Moby Dick, Herman Melville) 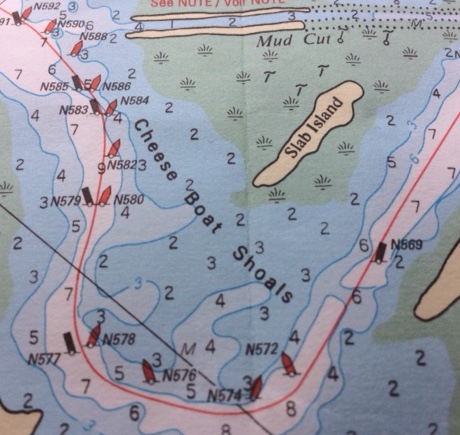 rideau canal, october 2018
Up until now I had thought that nothing could beat mole for complexity of flavour, but after mixing up a dark, rick fruit cake this afternoon, I'm no longer as certain.
The little girl stood on tip-toe and picked one of the nicest and biggest lunch-boxes, and then she sat down upon the ground and eagerly opened it. Inside she found, nicely wrapped in white papers, a ham sandwich, a piece of sponge-cake, a pickle, a slice of new cheese and an apple. Each thing had a separate stem, and so had to be picked off the side of the box; but Dorothy found them all to be delicious, and she ate every bit of luncheon in the box before she had finished. (Ozma of Oz, Frank L. Baum) 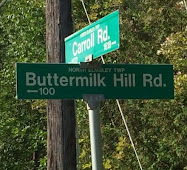 toronto ontario, july 2018
In vain we lavish out our lives,
To gather empty wind;
The choicest blessings earth can yield
Will starve a hungry mind.
Come, and the Lord shall feed our souls
With more substantial meat,
With such as saints in glory love,
With such as angels eat.
(Isaac Watts, 1709, The Sacred Harp)
In 1937, my great uncle George U. Kornelson, head cheese maker at Hanover Co-op Dairy Society, was "cited top cheese maker in Manitoba, and the business won trophies for best cheese, best management, and best maintained premises."
(Historical Atlas of the East Reserve) 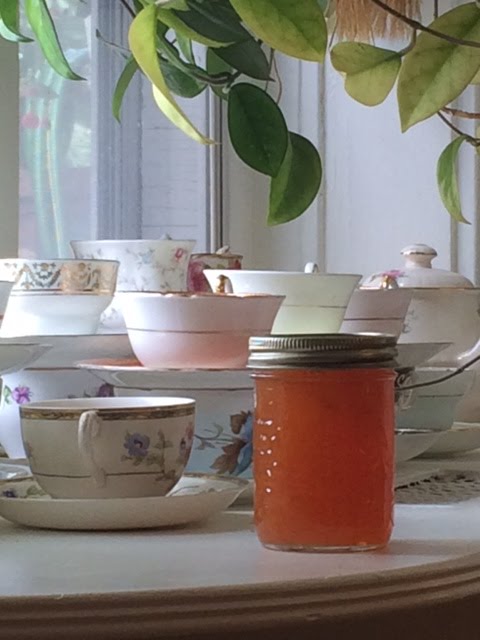 toronto, ontario, July 2018
There should be a law to prevent recipes for molded salad from appearing within twenty pages of any article having to do with religion.
(Gilead, Marilynne Robinson) 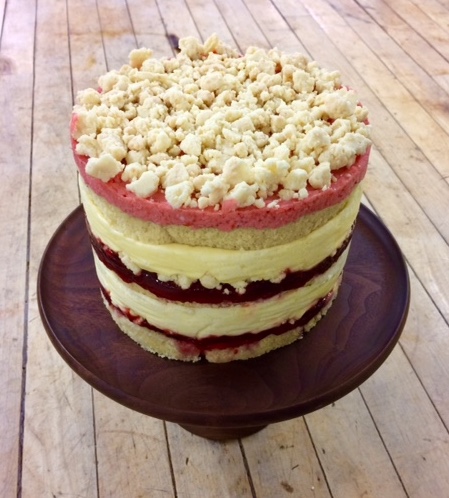 Soup of the day indeed! 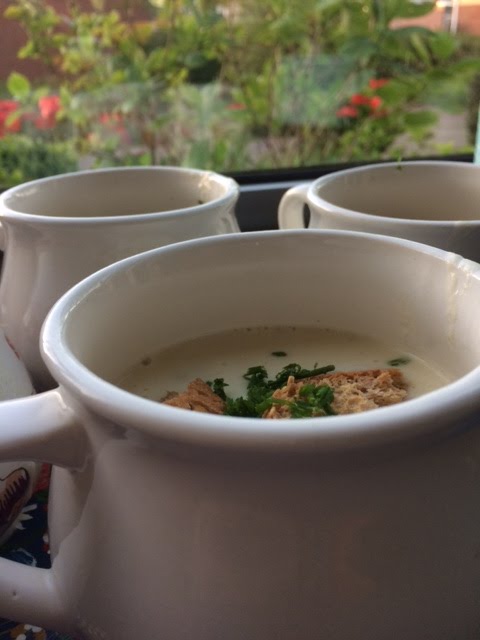 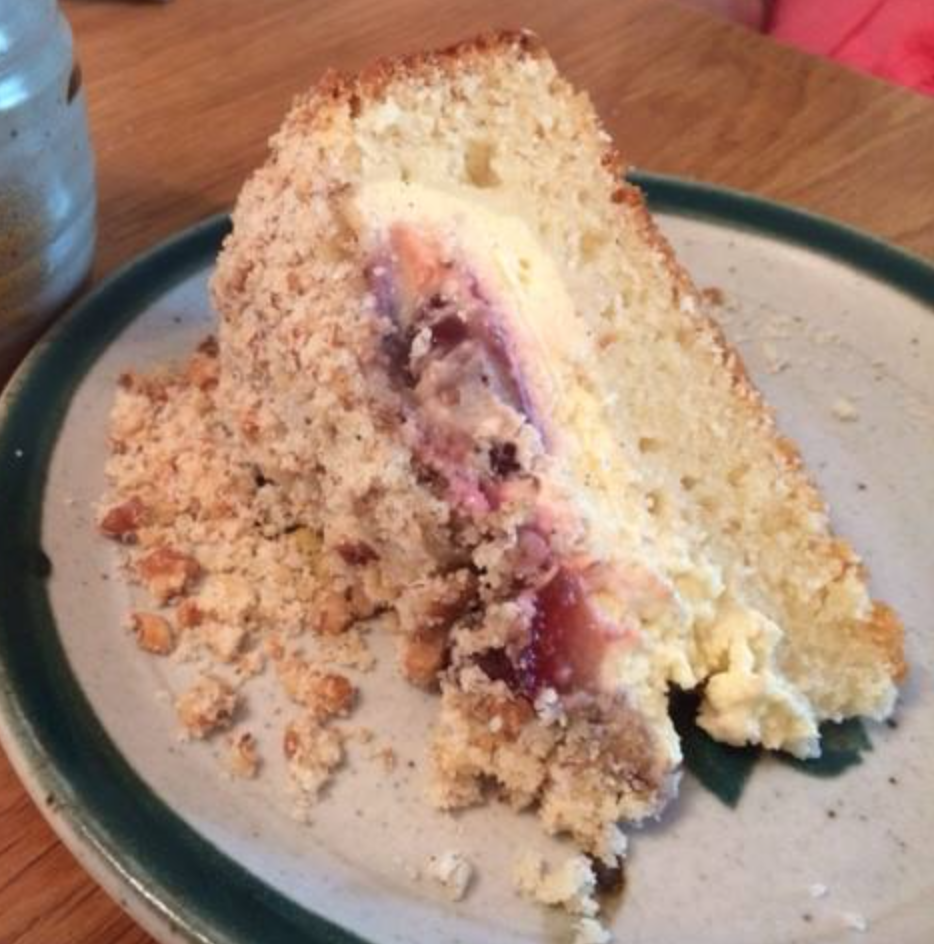 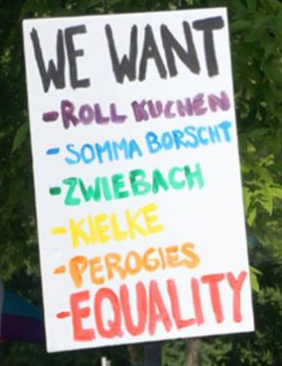 Tomatoes served the way my mom liked them 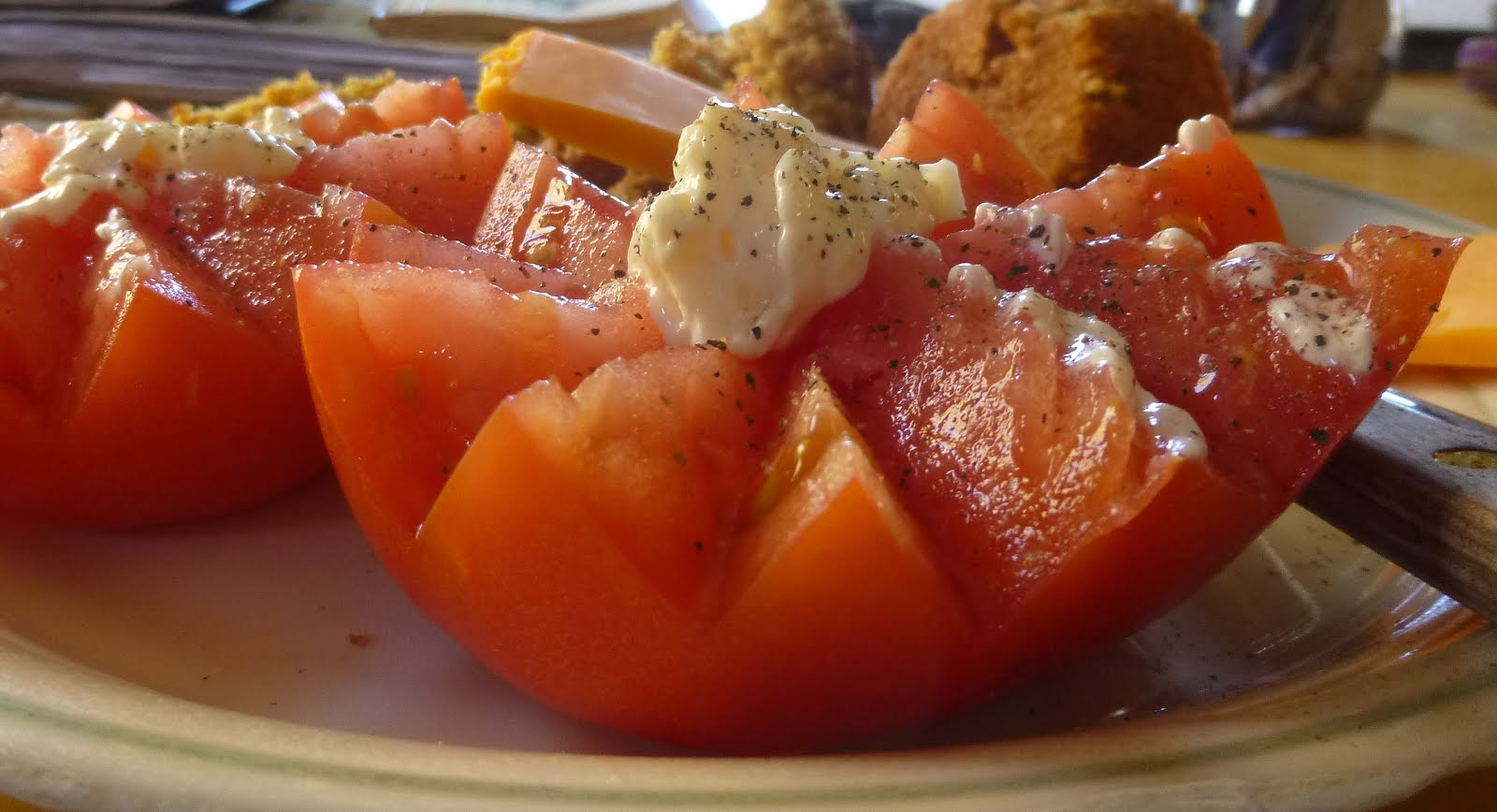 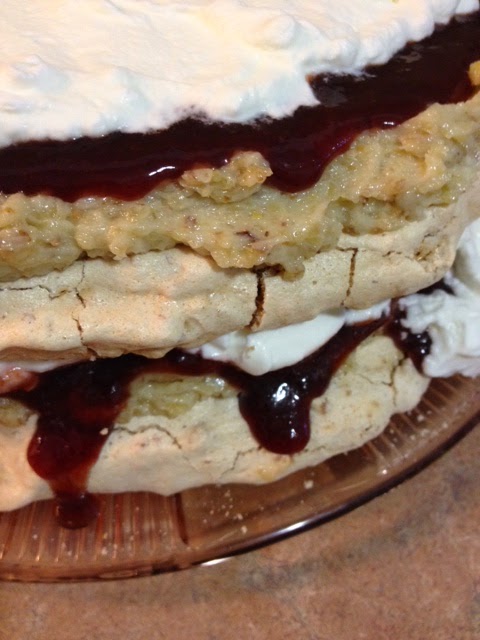 one of my earliest food creations 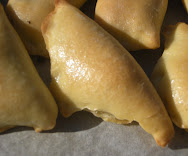